Femicide: the despair of a healthcare professional

Over 30 years ago, on December 6, 1989, 14 women were murdered at Polytechnique Montréal. Every year there are commemorations for this tragic event. Alas,…

The leaders of the labour organizations representing nursing and cardio-respiratory care staff find it hard to understand Minister Dubé’s comments at his press briefing. As…

Unacceptable delays in payment: the FIQ and FIQP now demand interest and an apology

The Women’s Network held its last meeting in Drummondville on April 27. Under the theme “Prendre sa place : des actions concrètes” (Take her place: concrete actions), the participants discussed the issues of equality in the major files of the Federation.

They also were visited by the Convention team who consulted them on the theme “Take her place” as the Women’s Network at the FIQ.

The Women’s Network in pictures 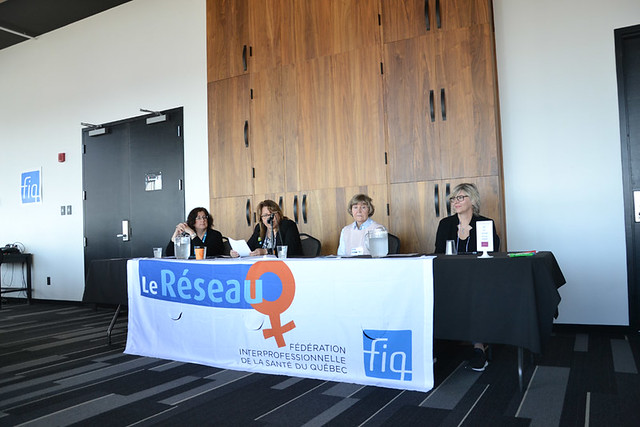