Taking an active approach to prevention

If prevention has taken on more importance in several workplaces, it is now clear that this will be more the case in the health and…

As the summer begins, the FIQ-Syndicat des professionnelles en soins de la Montérégie-Est is issuing a clear warning to the Employer: the time for intimidation…

Union Victory at CHSLD Denis-Benjamin-Viger: the end of a long legal battle for better working conditions and better patient care

While the chaos in the CHSLDs during the first wave of the pandemic is reverberating throughout the province today, an important chapter is closing at…

The 62nd session of the UN’s Commission on the Status of Women runs from March 12 to 23, 2018 in New York. Shirley Dorismond, Vice-President and Joint Political Officer for the Status of Women Sector at the FIQ, attended the official activities as a Public Services International delegate. The main topic of discussion was how to achieve gender equality and empower rural women and girls.

Ms. Dorismond also had the opportunity to talk with Hélène David, Minister responsible for the Status of Women, about ratios in the health network and the homelessness of women in Quebec. The FIQ Vice-President also spoke with Natalie St. Lawrence, Director of GBA Plus and Strategic Policy at Status of Women Canada. They discussed the organizational violence that healthcare professionals face and gender-based analysis in support of feminism. 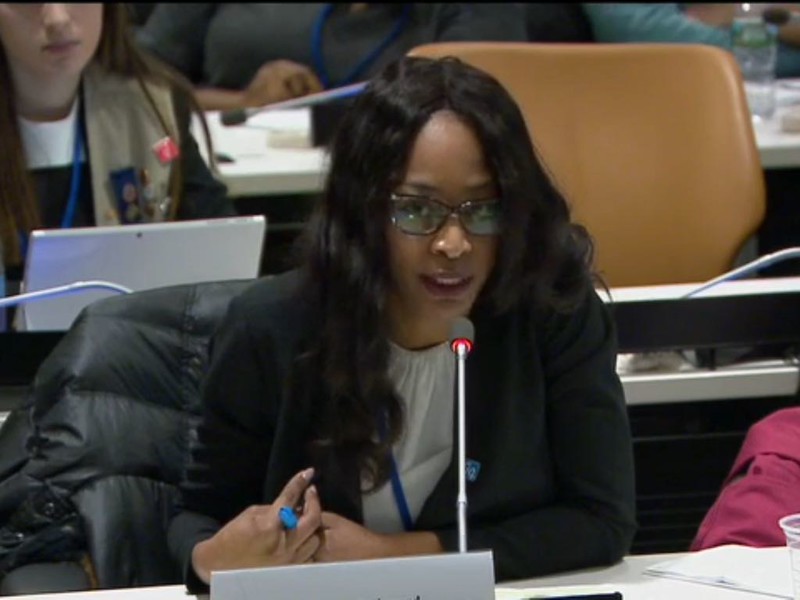 In parallel with official activities, on March 13, Ms. Dorismond sat on a panel alongside diplomats, the director of community programming at the International Labour Organization and the executive director of the World Health Organization Office at the United Nations. It was a great opportunity for the FIQ to share its concerns about much-needed investments that are essential to increasing the participation of rural women and girls in the economy.