Taking an active approach to prevention

If prevention has taken on more importance in several workplaces, it is now clear that this will be more the case in the health and…

As the summer begins, the FIQ-Syndicat des professionnelles en soins de la Montérégie-Est is issuing a clear warning to the Employer: the time for intimidation…

Union Victory at CHSLD Denis-Benjamin-Viger: the end of a long legal battle for better working conditions and better patient care

While the chaos in the CHSLDs during the first wave of the pandemic is reverberating throughout the province today, an important chapter is closing at…

According to the International Labour Organization (ILO), there are between 67 and 100 domestic workers around the world, 11 million of whom are migrants vulnerable to sexual, racial or caste discrimination. A third of them become undocumented workers. In Quebec, there are between 15,000 and 45,000 domestic workers. How can we justify that today, in 2018, millions of women live unprotected, almost invisibly, in conditions akin to slavery?

In an effort to put an end to this discrimination, the ILO adopted the Domestic Workers Convention (No. 189), (thanks in large part to support from Canada) to enjoin signatory countries to adopt measures aimed at protecting the rights of domestic workers. Despite the fact that Canada played a key role in adopting the convention seven years ago, it still hasn’t ratified it. Prime Minister Trudeau likes to play the human rights champion on the international stage, however, what we need more than another great speech is to ratify Convention 189.

It is in this context that Shirley Dorismond, FIQ Vice-President, joined the civil society groups gathered in Ottawa to submit a petition urging the Canadian government to immediately ratify the convention to curb, once and for all, the violation of millions of women’s fundamental rights. 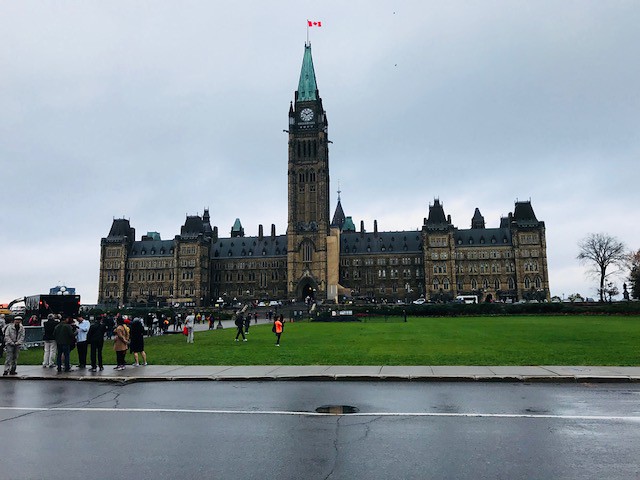